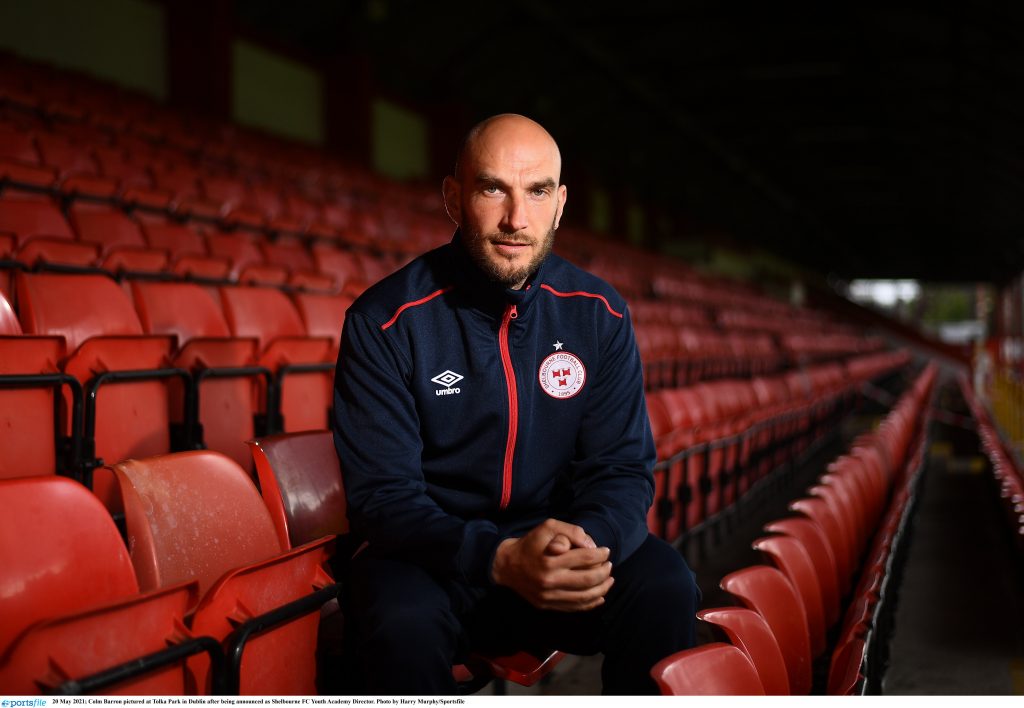 Shelbourne Football Club is delighted to announce that Colm Barron has been appointed as the new Head of Shelbourne FC Youth Academy.

Colm joins the club with a wealth of experience from his time at Dundalk FC, Warrenpoint Town FC, St Kevin’s Boys and the European Elite Soccer Academy.

A highly proficient, and highly regarded coach, Colm’s appointment is a noteworthy one, as the club continues to build and develop its academy structures and its player and coach pathways.

Colm’s role will oversee the entire academy structure of Shelbourne FC, with his remit covering the development and growth of all academy teams and coaches.

Shelbourne FC Technical and Sporting Director Alan Caffrey said: “This is a great appointment for the Academy and it shows the clubs commitment to develop Shelbourne FC Academy for both boys and girls into one of the best Academies in the country. Colm has vast experience in both player and coach education and we are delighted he is now part of our Football Club.”

Head of Shelbourne FC of Youth Academy Colm Barron said: “What excited me about the role was the long term project and the vision that Alan Caffrey and Dave O’Connor have for where we want to go. There is relative success there already and in the structures that have been put in place and it is unique with the boys and girls sections at the club already.

“What also is attractive is the idea of the investment into the Academy for the longer term  and into improving the players and the coaches that we have. I have extremely high expectations of myself and have been planning for a role like this for 5 or 6 years and those expectations will go into the project that is there which has to be a long term view.”

Shelbourne FC Chief Executive Officer David O’Connor said: “We are absolutely delighted to welcome Colm to Shelbourne Football Club and are very excited to have secured someone of Colm’s calibre to join our club. Colm is joining an academy structure which has developed significantly over the past number of years thanks to the incredible work and effort of dozens of volunteers, coaches and administrators.

“His passion for working with young players, boys and girls, will be evident for all to see and I know he will immerse himself in this role immediately. Colm brings a level of industry knowledge, experience and expertise that will undoubtedly contribute significantly to the development of our Academy and all of our underage teams, players and coaches.

Colm will work closely with Alan Caffrey, and all of the club’s underage coaches, in continuing the process of moving our academy structure forward in a very positive direction over the coming years.”