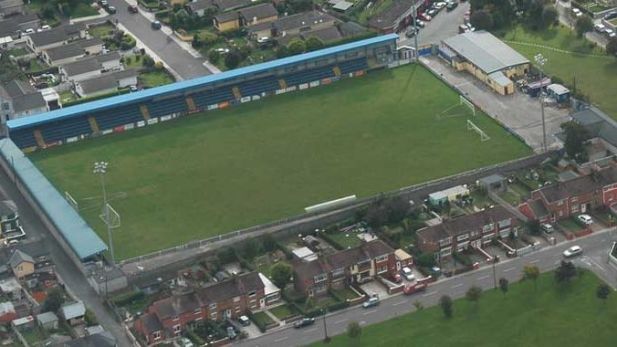 Both sides began the game quite tentatively with defences on top for the opening stages. It was Shels who had the first opening of the game when a quick free-kick by Daniel McKenna allowed Carl Moore to shoot from distance, with his effort being tipped over the bar by Paul Hunt.

That chance spurred Ramblers into life and they almost took the lead when Dave Hurley rifled a volley in from over 30 yards that had Colin McCabe scrambling to save.

The Cobh midfielder tested McCabe again moments later but the Shels stopper was once again equal to the effort. Ramblers enjoyed the majority of possession for the rest of the half but failed to muster any attempts in front of goal.

The league leaders emerged in the second half with increased motivation. Kabia found himself through in the 53rd minute but his shot rattled the bottom of the post. It was now relentless pressure from the visitors with Shane Farrell going close soon after.

Ramblers to their credit weathered the storm but continued to struggle in front of goal. Shels pushed for a winner and had the ball cleared off the line before Byrne shot straight at Hunt when it looked certain he would score.

Just as it looked like it would end scoreless, Ramblers found a winner in the 92nd minute when Charlie Fleming crossed from the right and found the head of Matt Lamb to send St. Colman&rsquo;s Park into raptures.