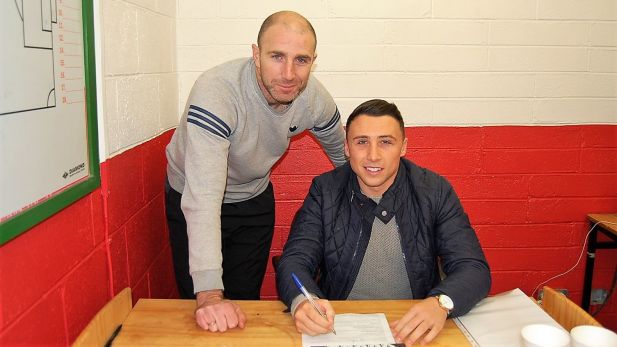 Chris played his underage football with Belvedere before signing for UCD, then managed by Martin Russell, in 2011. He made five league appearances that season &ndash; scoring twice. At the end of the following season, in which he had 23 league appearances for the Students, he departed Belfield for Dalymount, where he teamed up with Owen Heary.

2013 saw him make 20 league appearances for the Gypsies, scoring on three occasions.

He joined Shamrock Rovers ahead of their inaugural season in the First Division with their &lsquo;B&rsquo; team in 2014. Out of their 28 league games, Chris played in 20, scoring six goals. When Rovers decided to ditch the &lsquo;B&rsquo; team experiment, Chris moved to Bray Wanderers under Alan Mathews.

He played in 30 league games with the &lsquo;Seagulls&rsquo; in 2015, scoring twice, before heading west and joining Dave Robertson&rsquo;s Sligo Rovers at the start of the 2016 season. Six appearances later, with one goal (against Finn Harps), he left in July to re-join Bray Wanderers. He made seven appearances for Wanderers, scoring once.