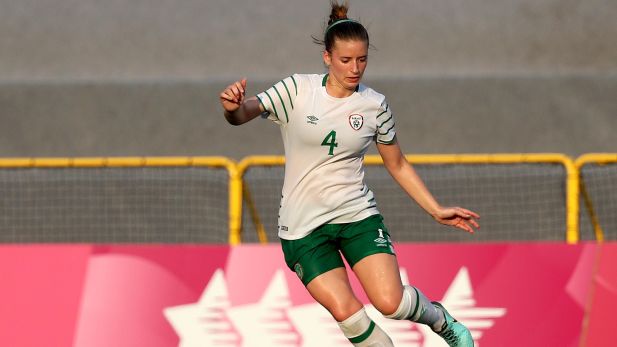 Shelbourne FC is delighted to announce the signing of Chloe Mustaki to our WNL team from DLR Waves.

Mustaki started her early playing career at Park Celtic before moving to St Joseph’s as a teenager. The midfielder then made the move to Peamount United winning the Inaugural WNL In 2011.

With a scholarship commencing at UCD, Mustaki made the move to UCD Waves (now DLR Waves) where she reached the FAI Cup Final. She then moved to Bordeaux where she took up an Erasmus and played for French side Girondins de Bordeaux for the 2016/17 season before returning to UCD.

Chloe has represented her country at all underage levels. She captained the U19 side to the European Championships semi-finals in 2014 and received International Player of the year at U17 level.

A spokesperson for the club said: “We are delighted to bring Chloe in this season, she has always been a standout player in the league. A diverse player who can hold her own in the center of the field.”

Chloe says she&rsquo;s delighted to make the move to Shelbourne FC and is looking forward to getting started this season and the new challenge it brings.

Welcome to the Reds, Chloe!