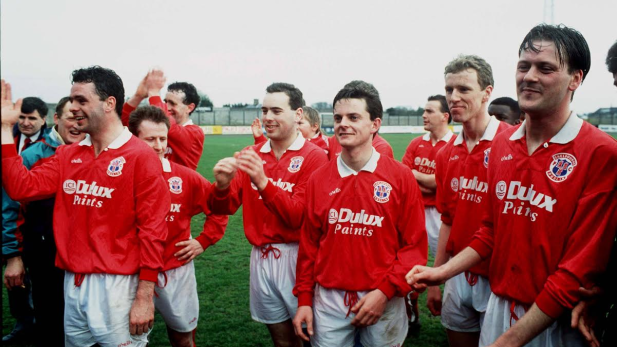 To celebrate the 25th anniversary of the Shelbourne team who won the 1991/1992 League of Ireland Premier Division title, the club is hosting a reunion for the players at the Cabinteely game on the 26th of May, as well as a Q&amp;A session in the Bar @ Tolka after full time.
The team’s victory was the first league win in 30 years for the Reds, and ushered in the greatest period of success for the club during the 90s and early 00s. Managed by Pat Byrne and captained by Mick Neville, the team featured names such as Mark Rutherford, Greg Costello and Tony McCarthy.

Come out and take a trip down memory lane, and support the modern day Reds into the bargain!

Kick off is at 7.45pm, with tickets available at the usual prices from tickets.ie and at Tolka Park on the night.