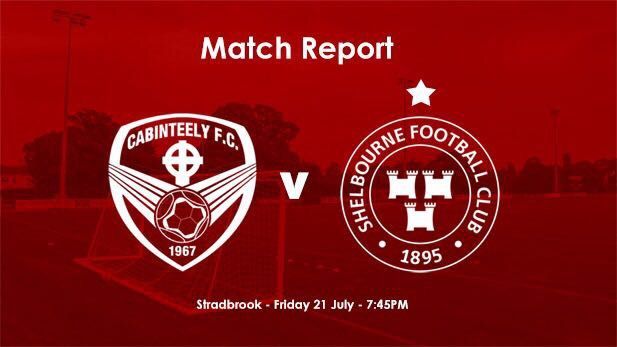 The teams had won one game each, in the previous encounters between the sides this season.

The first-half was scrappy at times. Sean Byrne shot over for Shels after four minutes, but it was the best the visitors produced in an opening fifteen minutes which they dominated. Paul Fox hit an effort over in the twentieth minute, before Alan Byrne got a crucial touch on a ball over the top for Ryan Swan. He pushed it beyond Cabo’s new signing, and into the path of his keeper Dean Delany. Derek Prendergast had the best chance of the half just before the break. He got to Dylan Grimes’s corner first, but his header from six yards was straight at Kelly. Either side, and Shels would have taken a lead into half-time.

Shelbourne dominated the second-half, and they had a glorious chance to take the lead eight minutes into it. Adam Evans created the chance himself, as he cut in from the left, and tried to place the ball into the far right corner. His effort came back off the post, and David O’Leary’s follow up effort was blocked and cleared. Evans turned provider in the seventy-seventh minute as he crossed from the left for James Doyle, but the second-half substitute didn’t get over the ball, and he couldn’t keep his header down. Just when it looked like we were heading for a scoreless draw, Cabo got a winner. Marty Waters chased down a long ball, and crossed for Watson to finish from six yards. It was harsh on Shelbourne, but Pat Devlin will be delighted.