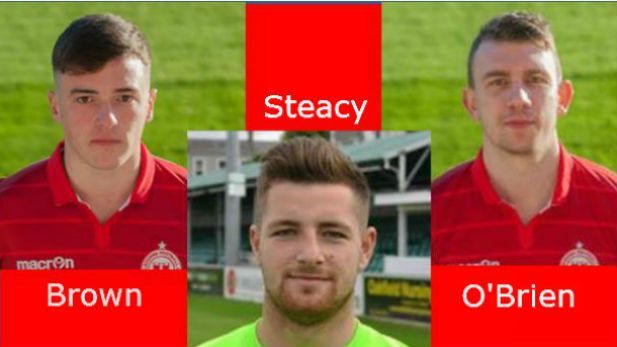 Shelbourne brought their squad ahead of the 2018 season to fourteen with the re-signing of James Brown and James O’Brien, together with Lee Steacy joining from Bray Wanderers.

James Brown joined Shelbourne Under 19s, managed by Martin Murray, from St. Kevins in 2015. He was promoted to the senior panel by then manager Kevin Doherty and made three league appearances for himwhile still completing the season for Murray. He was re-signed for the 2017 season by manager Owen Heary, making thirteen appearances in the the league, three on the way to winning the Leinster Senior Cup, one in the EA Sports Cup and two in the FAI Cup.

James O’Brien signed for Owen Heary before the start of the 2017 season and made 15 league and two Leinster Senior Cup appearances in that season.

Goalkeeper Lee Steacy played with Shamrock Rovers U19 side in 2011/12. He had a spell with Firhouse Clover before joining Bohemians in 2015. He made just one league appearance during the 2015 season, which came in the 0-0 draw with Bray Wanderers in May. He stayed as the no.2 goalkeeper for the 2016 season and didn&rsquo;t make a league appearance before leaving Bohemians in July 2016 to sign for Bray Wanderers. Lee made his debut for Wanderers in July 2017 in a league game against Finn Harps when he replaced the red carded Peter Cherrie. His only other league game was away to Bohemians the following week, which ended 0-0. He did, however, play in the first round of the FAI Cup against Cork City – which the Cork side won by the only goal of the game, a 59th minute finish by Kieran Sadlier.