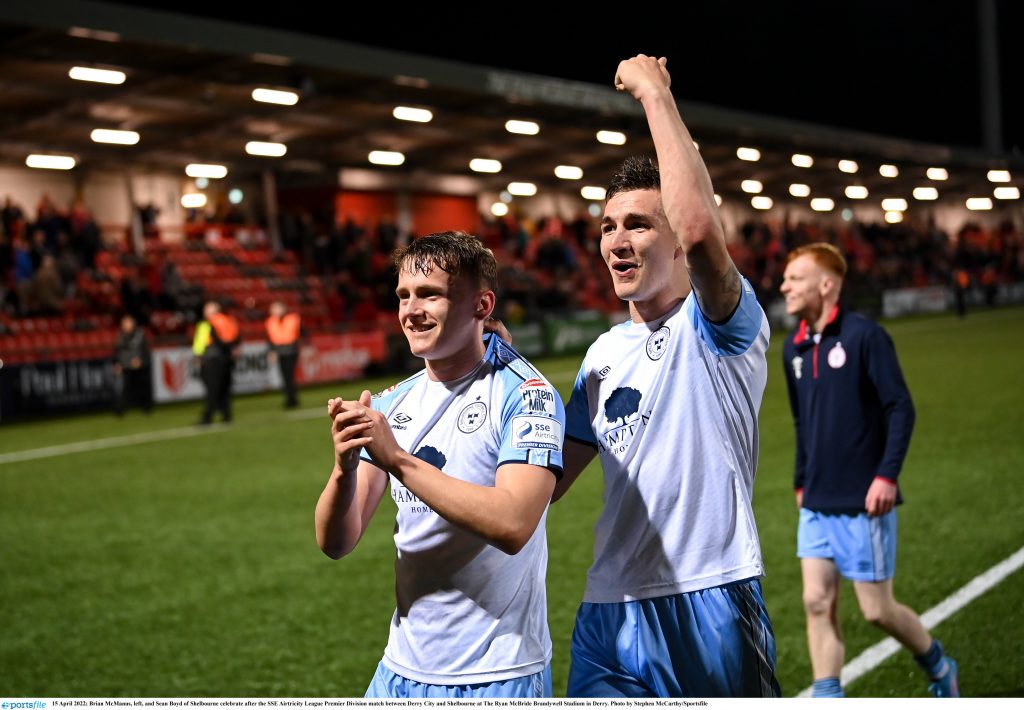 Shelbourne Football Club is delighted to announce the extension of midfielder Brian McManus’ contract at the Club until the end of 2023.

After moving to the Reds from Preston North End, Brian has cemented himself into the Shelbourne SSE Airtricity League Premier Division squad under Damien Duff with a string of impressive performances.

Brian, or Frank as he’s more affectionally known within the Club, has made 39 appearances for Shels scoring three times and was a central part of the 2021 Shels team that achieved promotion from the SSE Airtricity League First Division.

The Swords native most notably scored a stunning winner for the Reds in the Brandywell to secure a vital three points against Derry City FC.

A flexible midfielder, Brian can also play as a wing back or across the midfield and has impressed the Shels staff and fans greatly since arriving in 2020.

Shelbourne FC Head Coach Damien Duff referenced Brian’s knickname at the Club when commenting on his signing and said: “I’m delighted Frank has extended his stay here with us. He has had an unfortunate few months with injuries but it is like having a new signing having him back fit now. He has amazing qualities as a midfielder and we look forward to seeing him grow as a player. He is a big part of the squad on and off the pitch. The players and staff are delighted that he is committing his future to Shelbourne FC.”

Brian McManus said: “I’m delighted to sign back for the Club until the end of 2023. For me, it was a no-brainer as I feel Shelbourne FC is the best place in the country to develop as a young player and I am looking forward to the coming months with the rest of the team.”