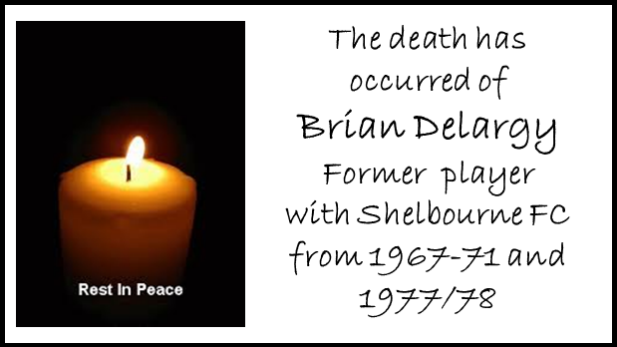 The death has occurred of Brian Delargy, legendary Shelbourne player of the late 60s and early 70s.

All at Tolka Park send their condolances to his family and friends. May He Rest In Peace

We reproduce hereunder, the notice of Brian death and his funeral arrangements from RIP.ie

Reposing at Murphy Funeral Directors, Edenmore on Friday July 14, from 2 o’c. to 6 o’c. Funeral on Saturday in Our Lady Immaculate Church, Darndale arriving for 11 o’c. Mass and burial afterwards in Fingal Cemetery.