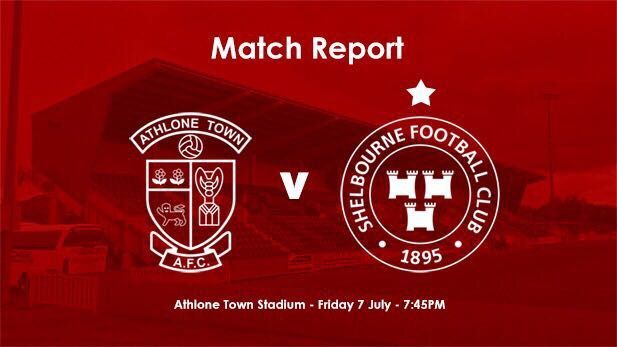 Shelbourne were deserved winners in Lissywollen in a comprehensive 3-1 win.

The away side attacked throughout and were particularly impressive in the first half.

Liam McCarton was unlucky to be the man with the final touch for Shelbourne’s opener. The away sides second goal came from a brilliant piece of skill by Adam O’Connor. the fullback was cornered at the end line by Labuts, but instead of playing the ball back, he curled the ball around the keeper into the far corner.

In the second half it was much the same. English made Coss fall over himself, and while lying on the ground the Athlone Town captain pulled down the Shelbourne striker. He stepped up and finished coolly to Labuts’ right.

It was all negatives for the midland club. Conor Barry’s finish on another night would see him have ‘goal of the night’ but for O’Connor’s goal in the opening half.