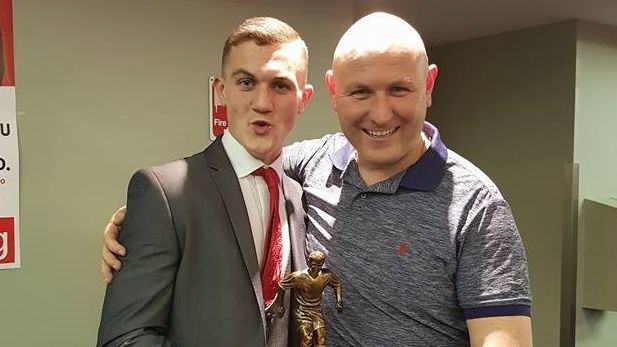 Shelbourne’s Under 19s manager Wayne Groves congratulates Arran Molloy on being voted Player of the Year by his team mates last night.

As well as starriing for the underage team, Arran was aslo a member of the Senior Team Squad, playing the full 90 minutes in the home league draw against Waterford at the end of June and being an unused substiture on seven occasions.