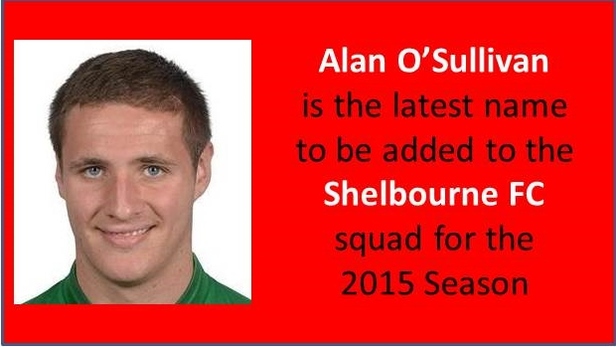 Alan O’Sullivan is the latest of last season’s squad to re-sign with Shelbourne for the 2015 season.

Alan, a striker, signed for Shelbourne in the mid-season ‘window’ of 2014, when he returned home, having been released by SPL side Aberdeen,who he had signed for the in July 2012.

Before the end of the 2014 season, Alan had made 10 appearances for the Reds (8 in the League and 2 in the FAI Cup), scoring twice – one in each of these competitions.