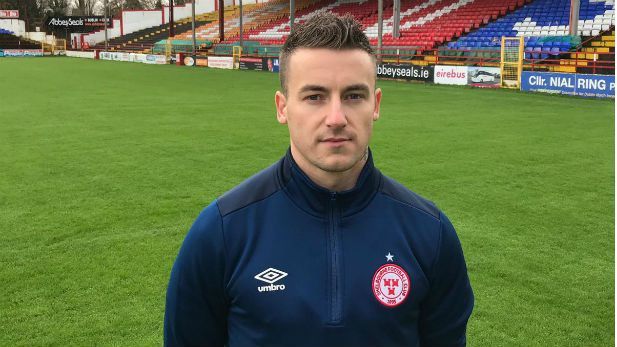 Aidan is a native of Strabane and played for local club Strabane Athletic before signing with Eddie Wallace’s Athlone Town in January 2015 and made his debut for the Lisseywollen side at home to Finn Harps the following June. He went on to make 17 league appearances there that season.

In December that year, he signed for newly promoted Wexford Youths where he made 26 league appearances and two in their losing play-offs, where they were relegated to the first division.

November 2016 saw him leave the Wexford club and sign for Longford Town and played in 19 league games before once again moving at the end of the season, this time to Ballybofey, where he joined Ollie Horgan’s, Finn Harps.

The 2018 season saw Harps come second in the First Division, gaining promotion to the Premier Division by way of the playoffs against Limerick FC. Aidan made 20 league appearances (scoring once – in Harps 7-1 win at home to Cabinteely in September).

We welcome Aidan to Ian’s fast developing squad for the coming season.