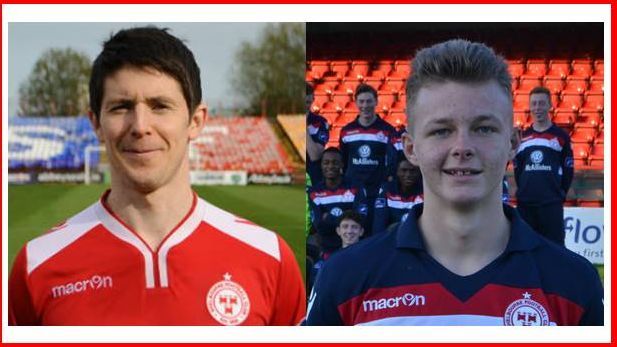 Aidan Collins has re-signed for Shelbourne ahead of the 2017 season.

Aidan made 21 appearances for the Reds last season (18 lge, 3 EAc, 1FAI) scoring twice – home to Athlone Town &amp; away to Cobh Ramblers. He missed a number of game following injuries received, notably against Cabinteely in mid-March when he misseed five league games and an EA Sports Cup game due to a shoulder injury received in the 17th minute, when he fell awkwardly, having made a tackle.

Aaron Ashe returns to Shelbourne after a two year absence.

Aaron played with Shelbourne U19s for the 2013/14 season and was promoted to Johnny McDonnell’s first team squad in May 2014. He continued to play with the U19s to the end of the year, but didn’t make an appearance for the first team and left the club, joining Bohemians’ U19 squad in February 2015.

While with Bohs U19s, he appeared on the bench several times for Keith Long’s first team squad before making his debut, as a substitute, in a 2-0 win over St. Pat in October. He left Bohs at the end of the season, signing for junior club, Hardwick FC, but was soon persuaded by Pete Mahon to sign for Drogheda United for the 2016 season.

Aaron had a good season at Drogheda, playing in 26 league games, scoring eight times as he helped them gain promotion to the Premier Division, by way of the play-offs