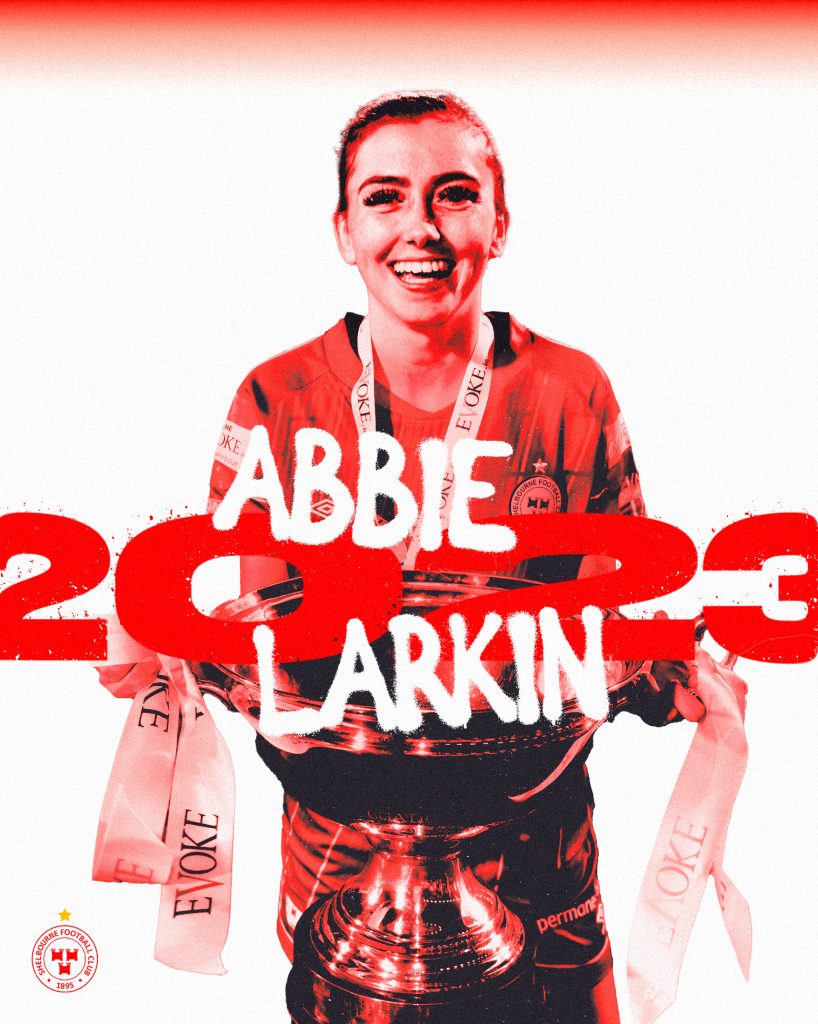 Shelbourne Football Club is delighted to announce the re-signing of forward Abbie Larkin for the 2023 season.

The talented teenager has put pen to paper on a deal that will see her remain with the WNL and FAI Cup winners until November 2023.

The Ringsend native rejoins for after a trophy laden 2023 where she firmly broke into the side. Across her two senior seasons in the WNL setup the 17-year-old has scored 10 goals across 37 appearances.

Larkin also made her Republic of Ireland debut in 2022, playing in the game against Russia in February.

As well as fighting to add another the WNL and FAI Cup winners medal to her mantlepiece the Dubliner will be looking to secure a spot on the plane to Australia next summer for the FIFA World Cup.

Noel King, Shelbourne FC manager said: “Abbie made a huge contribution to our season, especially in the games that clinched the two trophies for us and finished off a really successful season for the club. The amount of young talent across the league is really impressive and you only have to look at the players coming through the underage teams at Shels to see the results of the great work going on at the club.”

Abbie Larkin said: “2023 was an incredible season for me and for Shelbourne. We won the double and I got my first senior international goal. On top of that, the group that I came through the Academy with won the U17 National League and Cup double. I can’t wait to get started again and see what 2023 brings.”