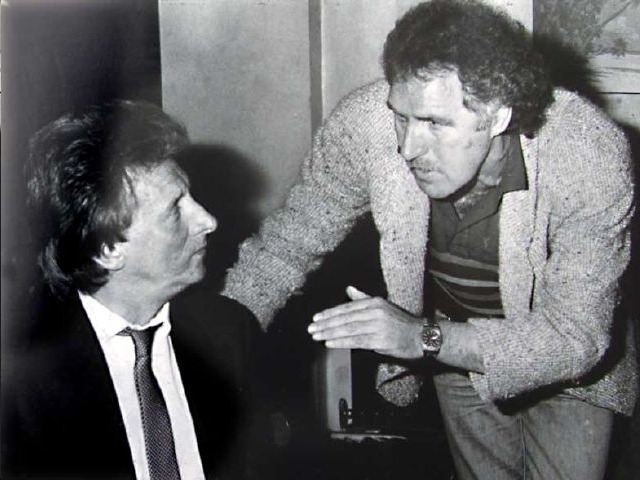 Ben Hannigan was born on September 3, 1943 and sadly passed away last week on February 4. At the age of 18, he was signed by the Shelbourne manager – the late Gerry Doyle from junior club East Wall in the north inner city in August 1961.

He had three spells with Shels – the first from 1961 to December 1965 and was an immediate hit with the Reds and became known as ‘Big Ben’ thereafter.

In that period, playing in midfield, he averaged an impressive tally of over eighteen goals a season.

He made 117 League and FAI Cup appearances scoring 47 goals. He scored another 43 goals in other cup competitions including the Shield and European competitions, a grand total of 90 goals in all competitions for his Shelbourne career.

Of course, this was on top of the assists that he made for Eric Barber and the other forwards to demonstrate his real value to the team.

He played every minute in every game in the title winning season and played in all nine European fixtures in the sixties.

There are no stats available for appearances in competitions other than those in the league and cup but I guess we can add at least another 50/60, which would mean he made something like 180 appearances in all competitions in his Shelbourne career over three spells.

He possessed a lovely touch, brilliant control and was an excellent passer of the ball. In addition he could create and score goals. He was the link between defence and attack. Technically brilliant and pivotal to the way Shels played in that he would control the tempo and pace of the game. He left Shels in December 1965 to join Wrexham but soon after he returned home and signed for Dundalk.

Almost seven years to the day after a very successful spell with Dundalk, Ben returned to Shels for a second spell on December 8, 1972 and helped us reach the final of the 1973 FAI Cup which they lost to Cork Hibernians after a replay. He was released in November 1973. In 1981, he answered Shelbourne’s call and came out of retirement at the age of thirty eight for a third spell with the Reds. He played only a handful of games before making his final bow in the colours of Shelbourne FC at Tolka Park on April 5, 1981 in a 5-2 loss to Drogheda United.

Without a doubt he was one of the outstanding talents of his generation. He may well have been reasonably disappointed at not gaining the international recognition he craved and so deserved when often overlooked for selection for players of lesser ability.

Blessed with all the footballing skills, he had exceptional control, a good touch and an immaculate passer of the ball. For a player who normally employed in a deep lying midfield role his goal scoring record was exceptional. Ben stood out and established himself as one of the colourful and great entertainers in League of Ireland football.

He earned legendary status during his spells with Shelbourne and long after his playing days were over he would be seen on a regular basis at Tolka Park where he threw his support behind the Reds.

Those of us lucky enough to have seen him play regularly in his heyday know what a special player he was. It’s common to eulogise about some when they die, overstating their abilities but talking up Ben Hannigan’s footballing abilities involved no exaggeration whatsoever.

I will finish with a paragraph from Sean Fitzpatrick’s excellent book Cult Heroes, when Ben was asked if he had an unfulfilled wish after his long, spectacular, event-filled career in football.’ I think I’d like to have been able to sit in the stand in Tolka Park and watch myself play,’ he would reply. This was no more than one would expect from one of the greatest characters to have ever played in the League of Ireland.

That summed up Ben beautifully, no lack of self- confidence or belief.

It was with great sadness that I learned he had passed away on February 4, 2021.

May he rest in peace.